Growing up, my brother and I loved a movie called “Gentleman Jim”. The 1942 Errol Flynn vehicle, directed by Raoul Walsh is the fanciful biography of Jim Corbett, the first prizefighter to use strategy and skill to defeat the ham-fisted bruisers of a bygone era.

There are a lot of reasons to turn your nose up at the film today. It romanticizes boxing, which I reluctantly admit is a brutal blood sport. The script runs from overblown to mawkish. There are ethnic shortcuts, like that of the brawling Irish, that should not pass muster in the current society. Flynn himself is probably better known now for his checkered past than his acting, (although I defy anyone to name a better screen Robin Hood). But the movie is funny, fast paced and charming. It captures Flynn at the height of his powers as a full-fledged movie star.

What the movie also has, along with its it rough and ready charm, is a fulsome heart. The film centers around a heavily touted fight between challenger Corbett and the Greatest Champ of All, Boston’s own John L Sullivan (played with power by the great character actor Ward Bond). Corbett is the underdog, of course, but Sullivan is a step too old and a tad too lax in his training. He cannot contend with the spirited young sprite who fills every corner of the ring. Despite Sullivan’s prefight shows of bravado and braggadocio, Corbett is the inevitable victor.

Our favorite scene comes near the end, when Corbett is having a huge swanky party to celebrate his victory. Amid the white-tie revelry, the door opens and a sad, weary and lonely John L walks in, hat in hand. The two men share words of respect and admiration as Sullivan talks in prophecy about the new direction of the sport to something clean and healthy. He shakes hands with the new champion, dons his hat and walks out of the party, his head held high.

There are a lot of ideals that folks think of typically American. Some are unpalatable and even toxic: the “Me Against the World” attitude, the spirit of vigilantism, the idea that a good gun can win all battles. Somehow these have been preserved and lionized. But the simpler and kinder morals that were once equal hallmarks of our society, like being a Good Loser, seem to have been left by the wayside.

If the Strongest Man In the World, the unbeatable champ, can face defeat with grace and honor, then shouldn’t we all? 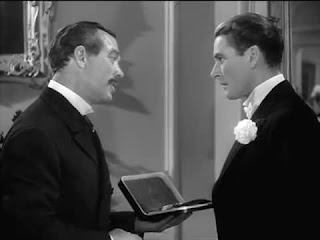 Posted by Keith Mankin at 9:38 AM No comments:

Today was a rare day when we could take our island out for some fresh air and that rarest of all things, a public concert.

The brilliant Dallas-based choral ensemble Verdigris presented a program called “Life In Our Times”, comprised of four of their solo singers performing recital style, bookended by two ensemble pieces at either end. The glorious voices, soprano Erinn Sensenig, mezzo Katrina Burggraf, tenor Alex Bumpas and baritone Derrick Brown, each sang three or four songs of their choosing introduced by their own statements about what the COVID related isolation has meant to them. Each was about journeys towards some measure of understanding and each posed as many questions as were answered.

The ensemble’s director, Sam Brukhman, talked about a feeling of recovery that he and the singers had felt from the moment they joined again in song. Even the audience shared in that restorative moment. The most moving part was the sheer pleasure of live singing. From the opening strains of the first ensemble piece, Sondheim’s “No One Is Alone” there was a sense of return, not, as Ms. Sensenig pointed out to me afterwards, a triumphant one, but halting and unsure yet forward to something that could measure as normal.

The concert was different than any I had encountered, not in terms of format or even in the stirringly personal choice of music by each of the singers. It was clearly a concert of the pandemic – social distanced singers and audience sitting or standing in a parking lot, masks on all, muted but glorious, nevertheless.

On this gorgeous autumn day, we were witness to the eternal serendipity of art. Nine months ago, such a concert would have been undreamed of. Now we were witness to a thing of earthly and intimate beauty. I will never be grateful for the pandemic in any way, but at least it provided the magical opportunity and inspiration to produce a timeless moment.

And that is a thing filled with hope. Humans can always take monstrous calamity and create beauty in its wake.

Posted by Keith Mankin at 9:35 AM No comments: